The final two planes of my Imperial Squadron arrived today! I'm still trying to aquire a lock on some enemy air assets as well and indeed have a couple of targets in sight but will have to see if I can stay on them.
Anyway, without further ado, here's the big reveal: 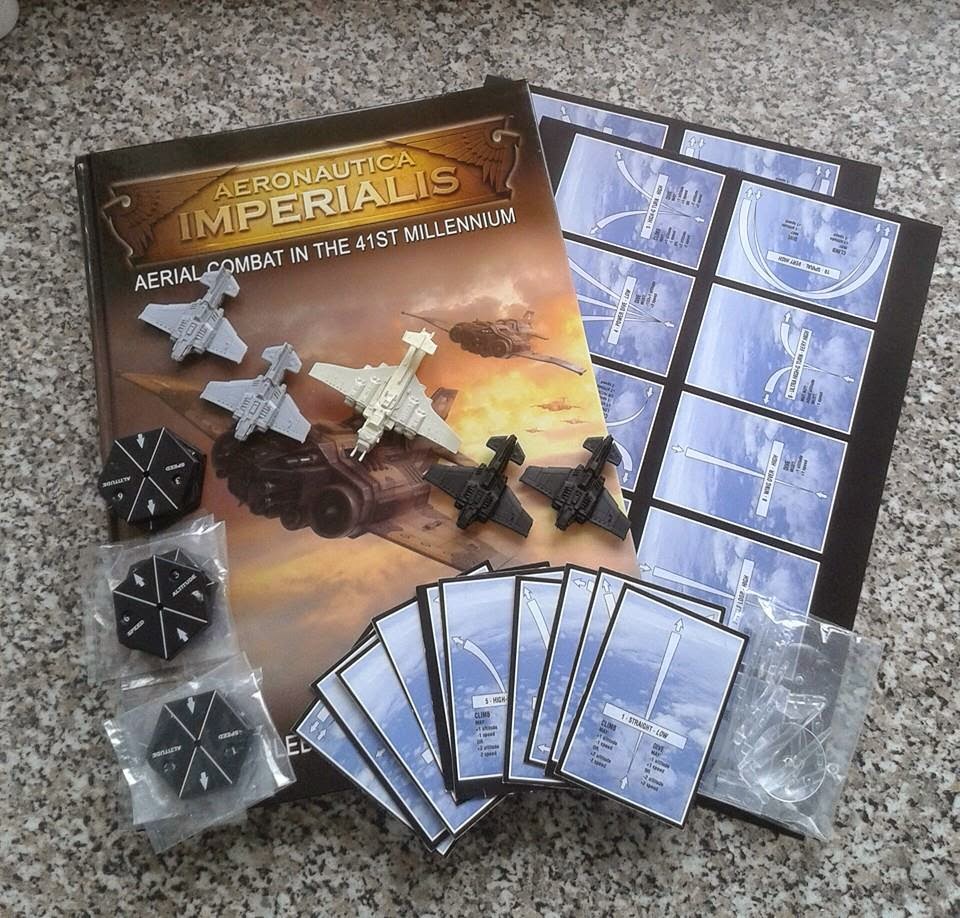 With just a couple of days until the end of the 'month' for the Heresy Challenge I'v got 'The Triplets' finished up: 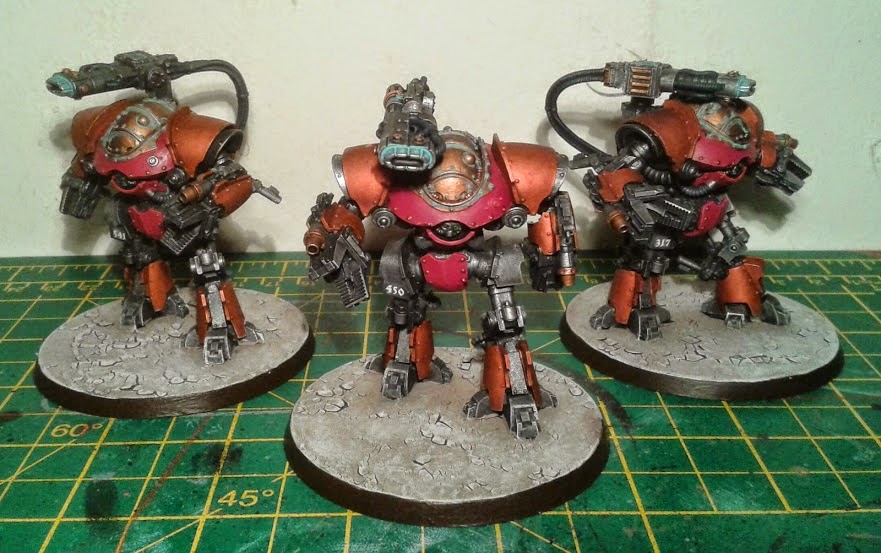 I'm glad I pushed ahead and converted darkfire cannon for them as I'm still awaiting useable replacements for the miscast ones from Forge World - the added bonus of that though is that they're uniquely mine - in fact these Castellax have 'Lacedaemonem Pattern' cannons.

It's not much of an update but I also got around to highlighting the hair on the Hasslefree 40mm Artemis I started around Christmas time as well: 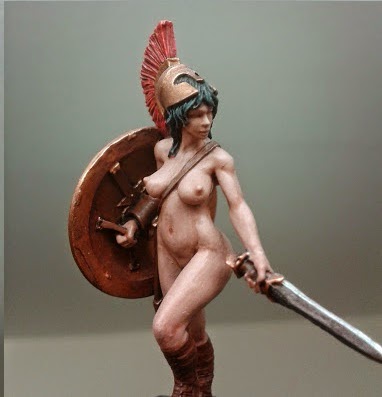 And as Rictus correctly guessed I'll be working on an Aeronautica Imperialis squadron shortly. I'm still waiting on two miniatures arriving before I start working on them properly but in the mean time: 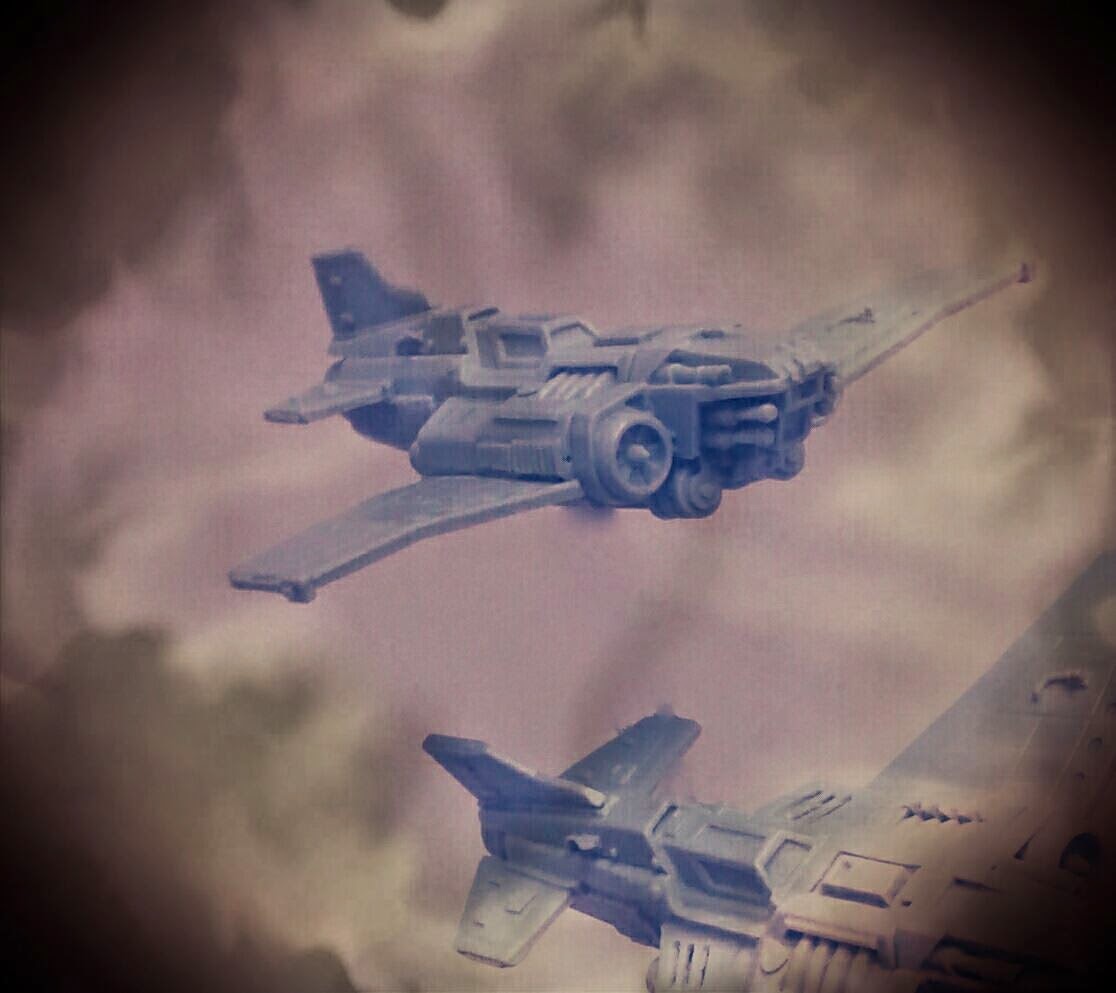 I've made quite a bit of progress with the triplets over the last week or so:

So they should hopefully be finished up before the 15th in time to complete this months painting challenge. This will then clear the deck a little for some 'specialist games'... here's a sneak preview of what one of them is: 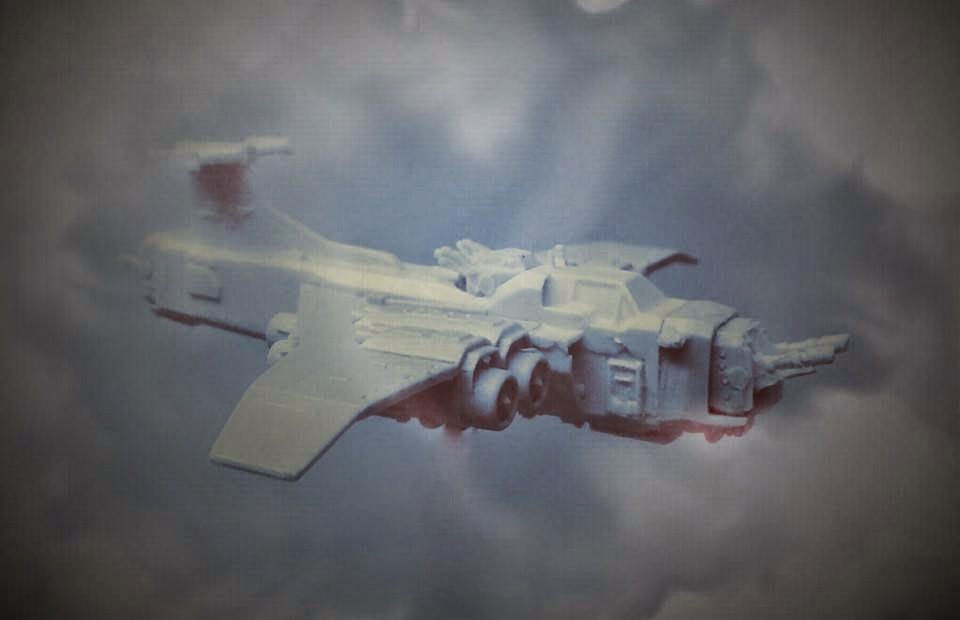 Finished this mini up this morning. It's been great painting something 'real' in 28mm.

The base had to be left plain for the competition it's being entered into but I'll get something sorted for him once the comp is done. 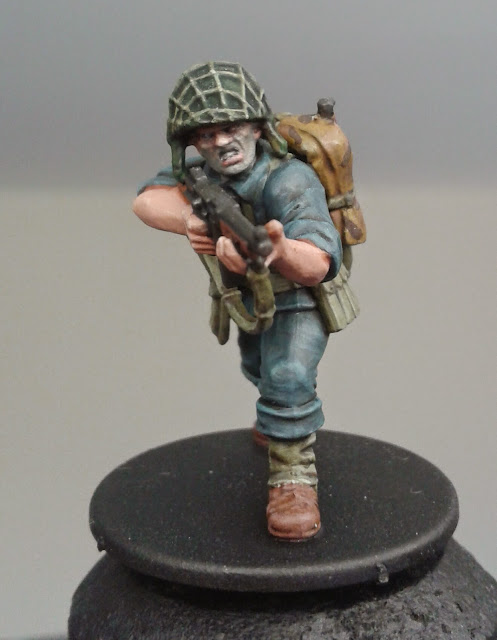 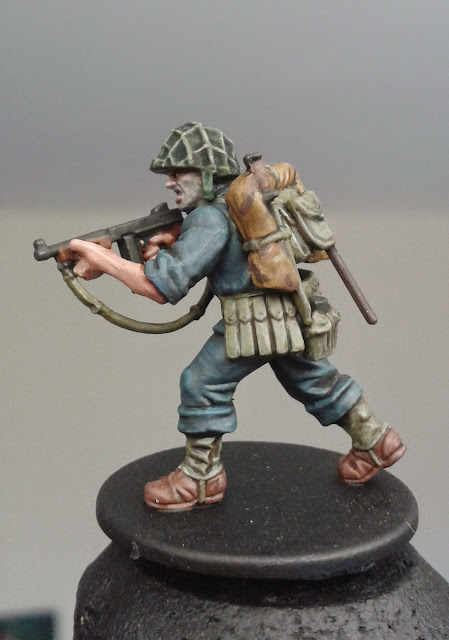 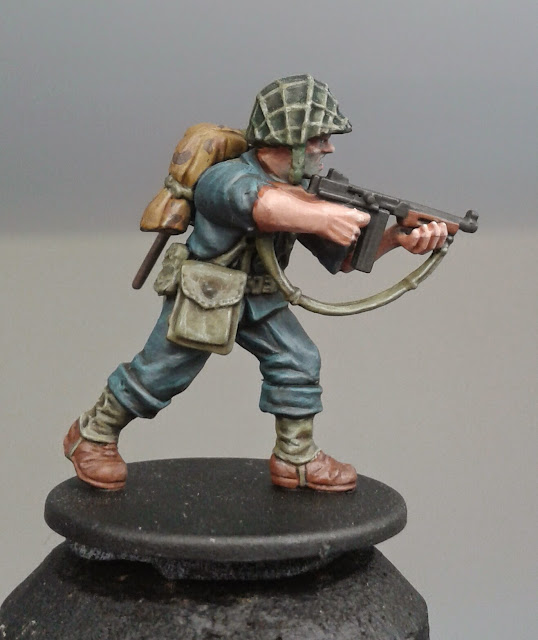 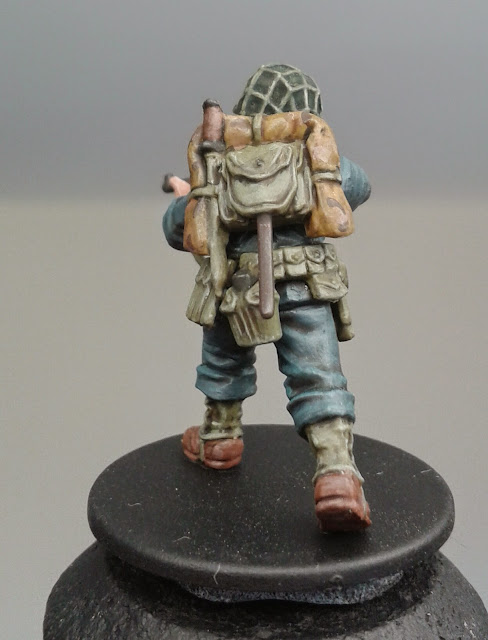 
Newly inspired to add to my Mechanicum forces by both a local surge of interest in Heresy gaming and the new Forge World Scyllax models I thought I'd add some anti-heavy infantry punch in the form of a maniple of three Darkfire Cannon armed Castellax. The triplets should be able to put down what the Mauler Cannon armed maniple cannot: 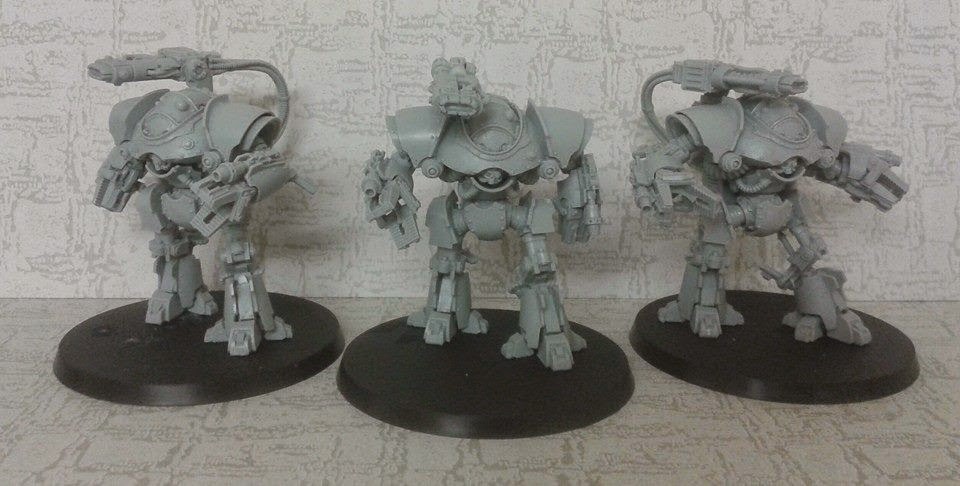 Unfortunately upon eagerly opening the models when they arrived from Forge World I discovered that the resin in two of the Darkfire Cannon hadn't cured properly while the third had suffered irreparable mould slippage. I contacted Forge World to organise replacements but then resolved that rather than wait for them, I'd kitbash some suitably arcane looking weapons to take their place. A quick bitsbox rummage and some cutting and sticking yielded three 'Lacedaemonem Pattern Darkfire Cannon': 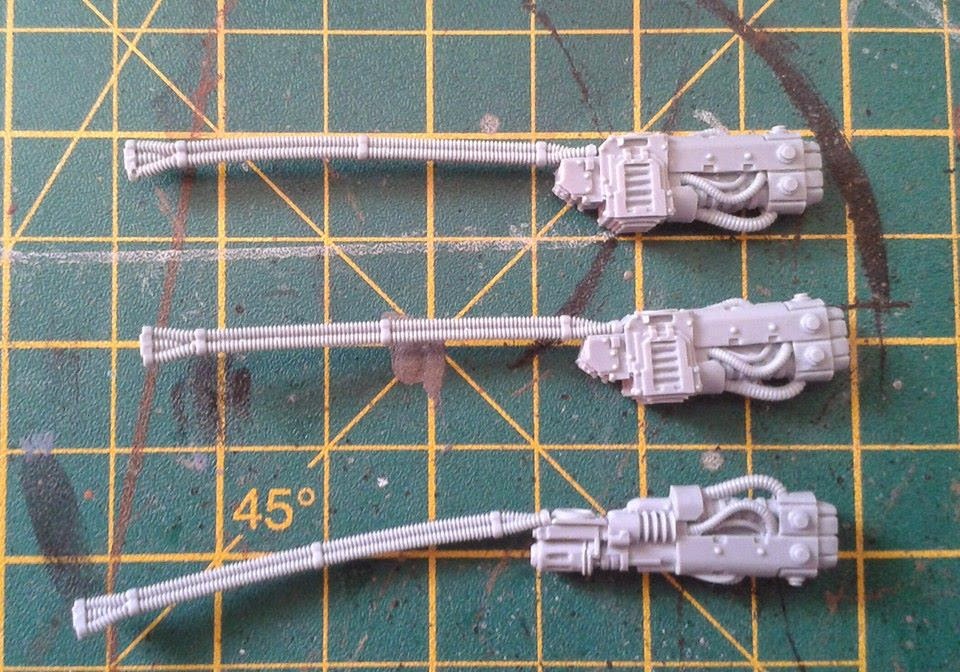 Which were then added to the assembled Castellax who have been primed and base coated silver ready for painting: 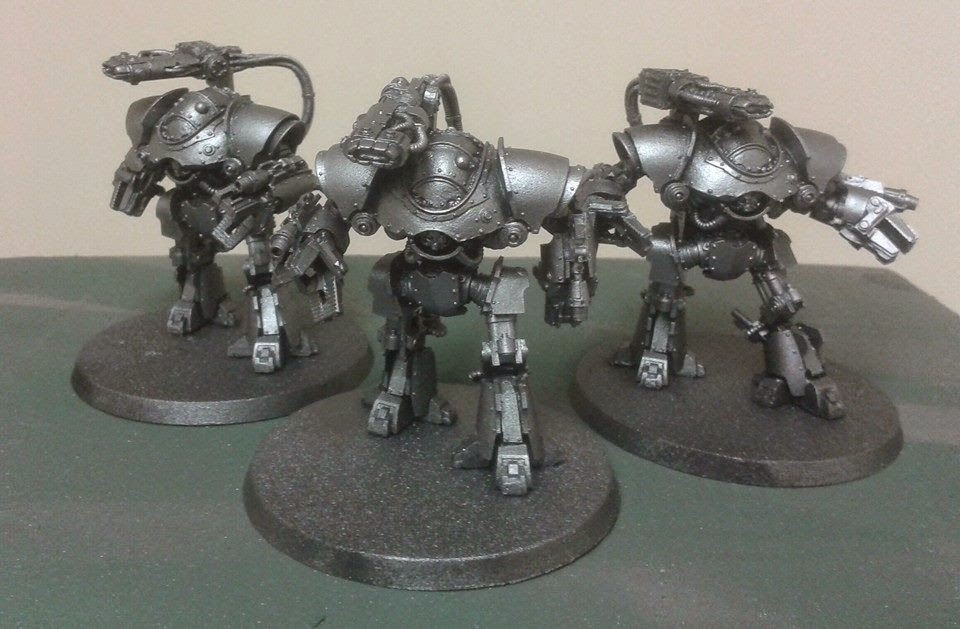 I'm aiming to get these done by mid April and then move on to either a second Questoris Knight or a unit of Scyllax, keeping things firmly Mechanicum.

Inspired by watching The Pacific and unable to sleep I've done some more work on this fella: 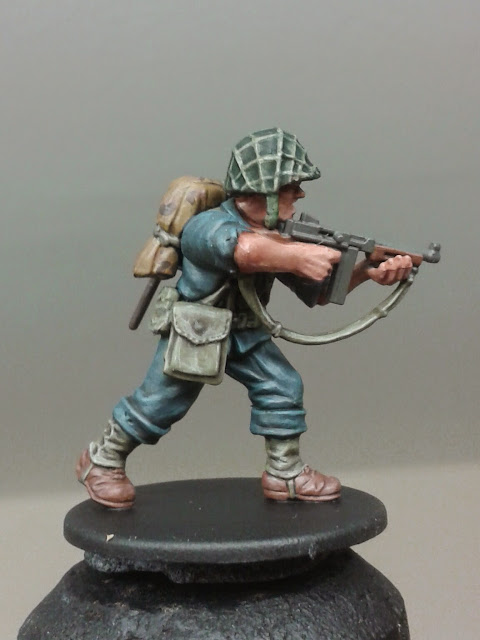 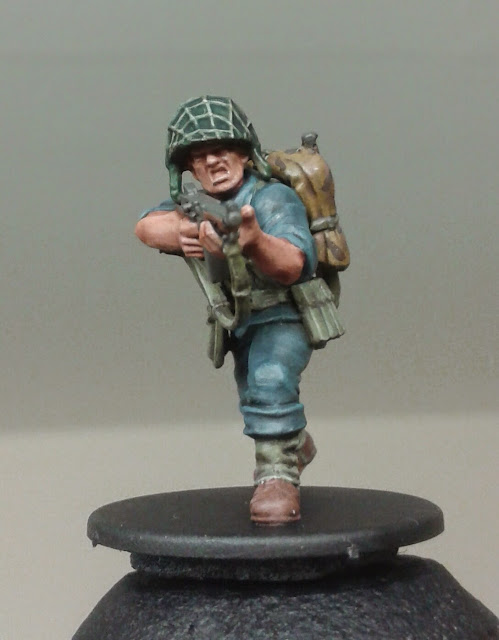 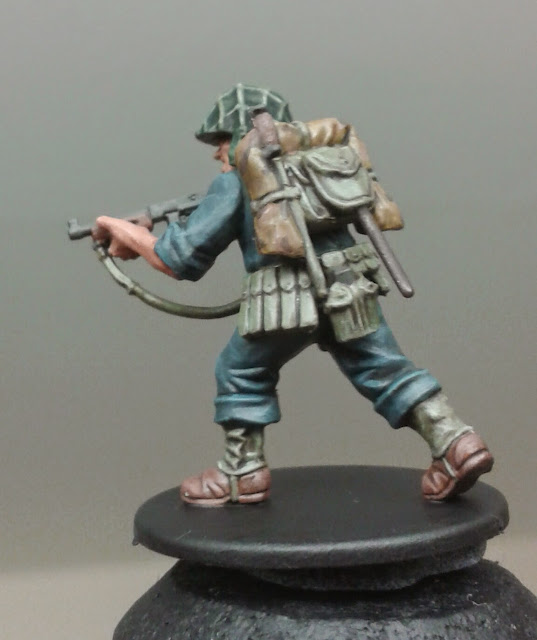 A little more work on this fella this evening, starting to layer up the green of his battle dress and khaki on the webbing and backpack, while the helmet received a green shade to deepen AMD enrich the colour of the steel. It will receive a further blue/green shade prior to the netting being highlighted: 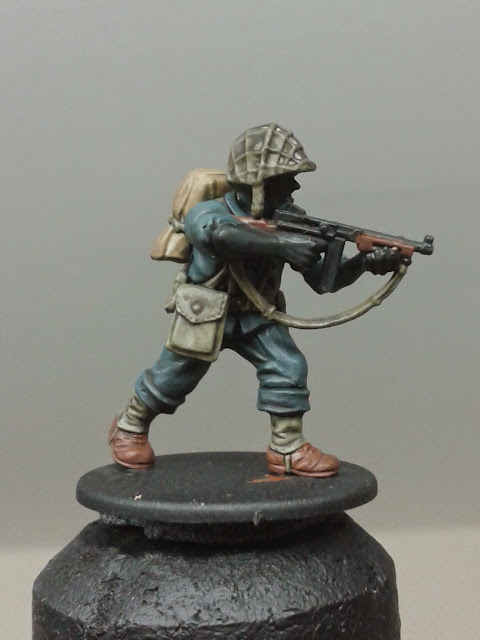 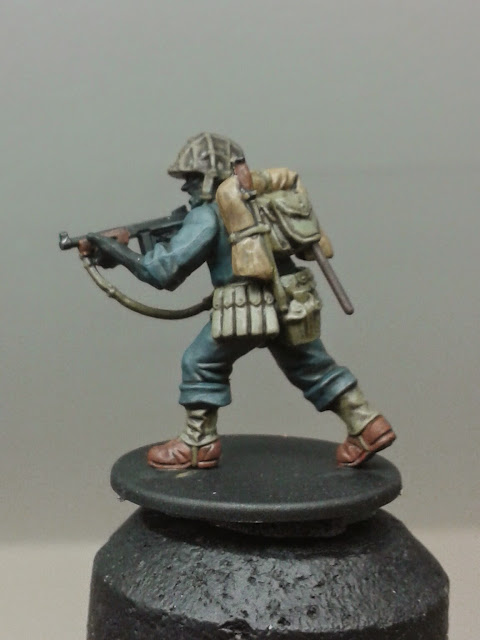 pig of sparta
I've been building and painting miniatures for around 15 years or so now. This blog is intended to be a collection of the many and varied projects I'm working on or have completed.